A front door is one of the first things you notice walking up to a house. And the door that’s been on the house since we moved in just wasn’t cutting it… Especially in winter.

So we embarked on the process of getting a new one. Something we put some money aside for, hoping it’d be relatively cheap and easy. We weren’t exactly right. But three contractor quotes later, it’s now in the past. 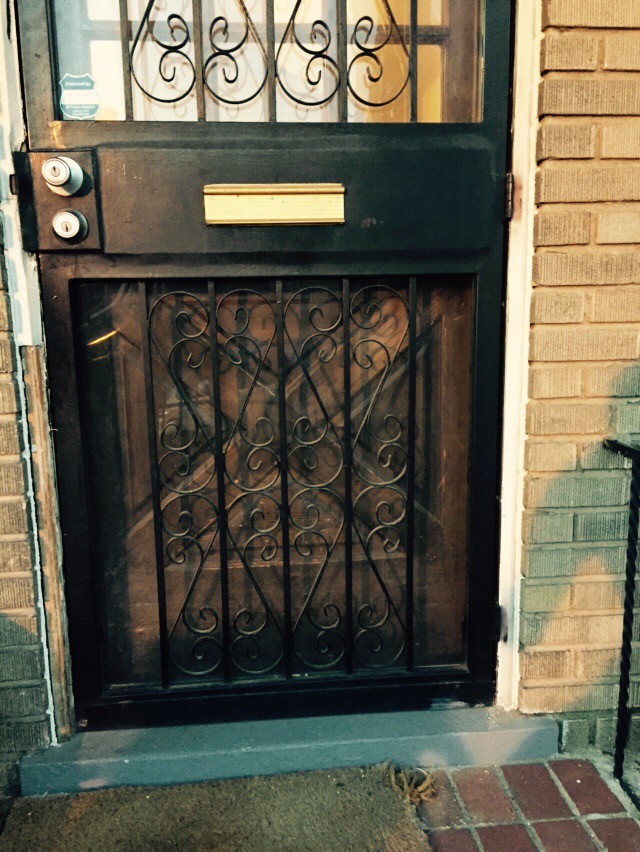 Then there was the inside. Generally the door was ok. But the insulation and sealing job was not. A big part of redoing the door was to make sure we could reuse our original molding – one of the highlights of the existing one. So part of that was removing that molding and seeing the lovely plaster work underneath. 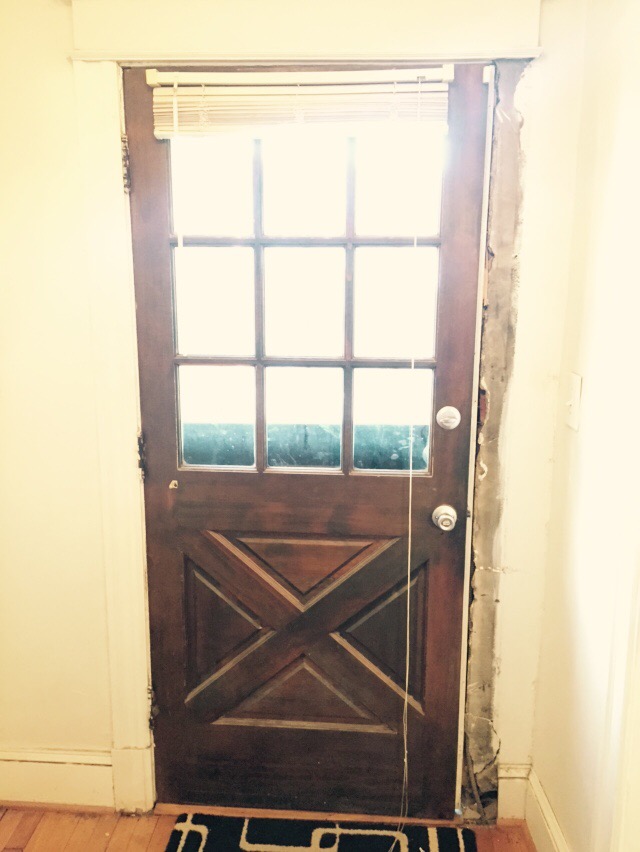 So let’s just pause a second and pay homage to the intention of having a door installed for a not ridiculous cost. Some of the joys of a 90-year old house: lack of standard size building materials. While it has been enjoyable on many levels to find oddities and character pieces, having to purchase a new door is not one of those things.

Instead of being able to buy a stock door, we had to go custom-built because of 1/4 of an inch.

While I’m ignoring the bill that’s about to come, at the very least, the crew showed up on time and worked incredibly efficient and quick.

With the removal of the security door, that meant we had to find a new mailbox, as we had an in-door chute previously.

Looking through all of the in-stock options at Home Depot was more than depressing. But in a down-to-the-wire decision, we found an awesome one at CB2 that really works well.

I’m having a hard time not opening and closing the door every 5 minutes, but it’s just so pretty.

One thought on “Door Number 3!”