Yesterday started another exciting chapter: gutting the basement. We may be sad to leave our 90’s shag carpeting and carpeted bar behind, but it’ll be well worth it in the long run. 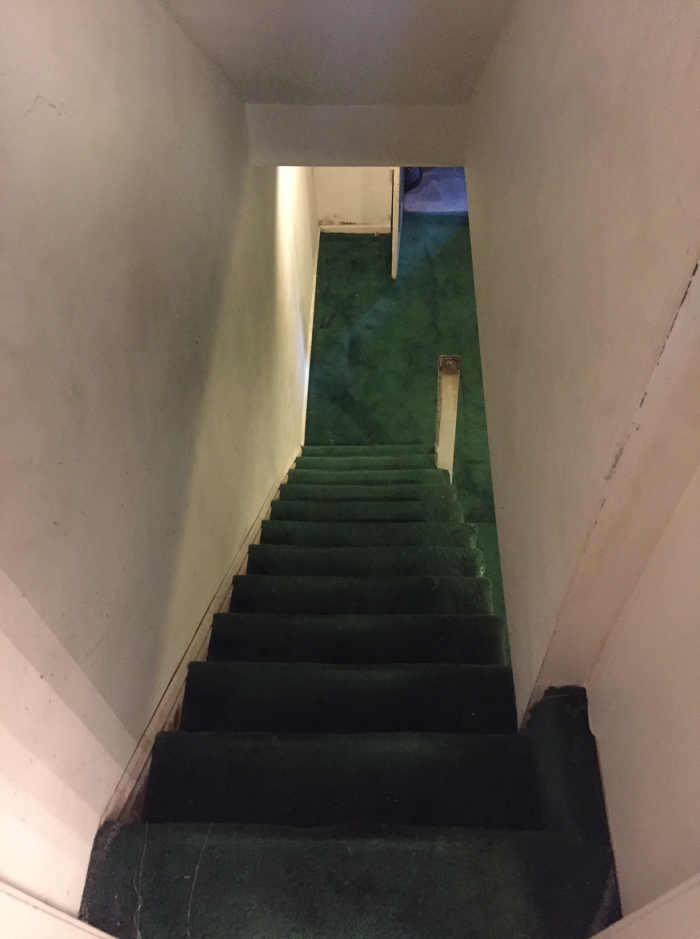 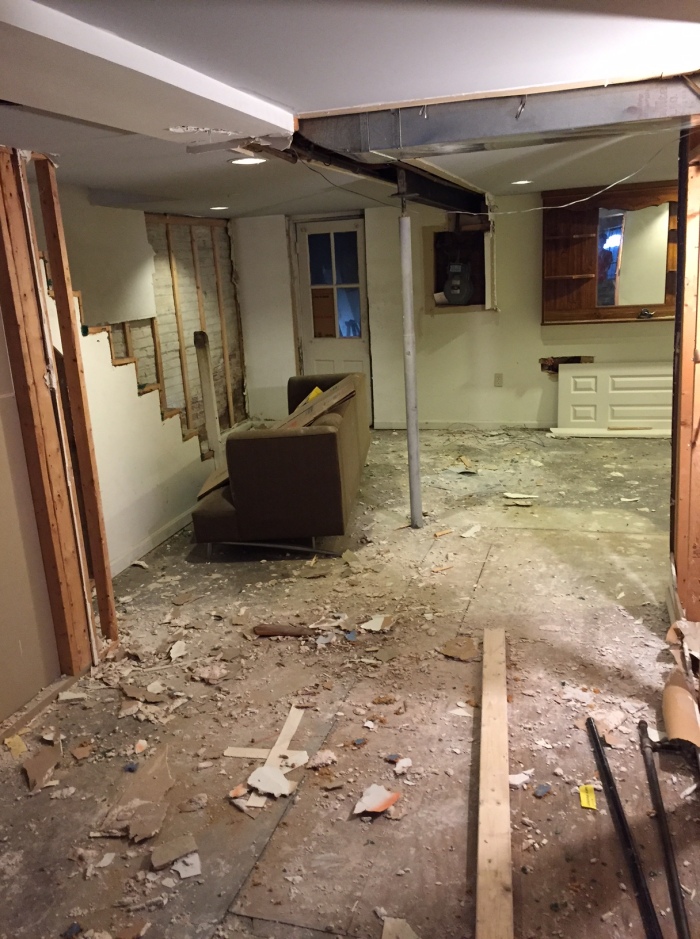 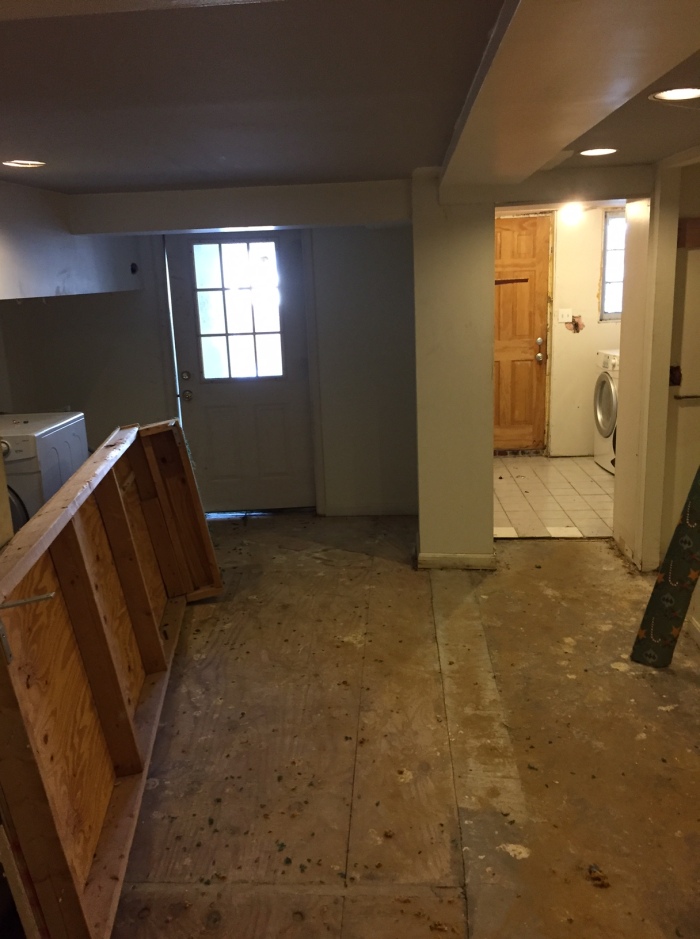 One of the biggest mysteries we’ve been waiting for was to see what is underneath the lovely forest green. We knew that there were some wood platforms in some areas to level the floor as it used to be a garage when the house was built in 1925. But what exactly lurked beneath, wasn’t certain.

What we’ve found so far is that it was pretty much as expected. We’re now going to level it out and get a floor that doesn’t creek when you walk.

But it’s not just the floor getting torn out. Part of the renovation is also to expand the space of the bathroom, tighten up useless bulkheads, and make a neater laundry room. 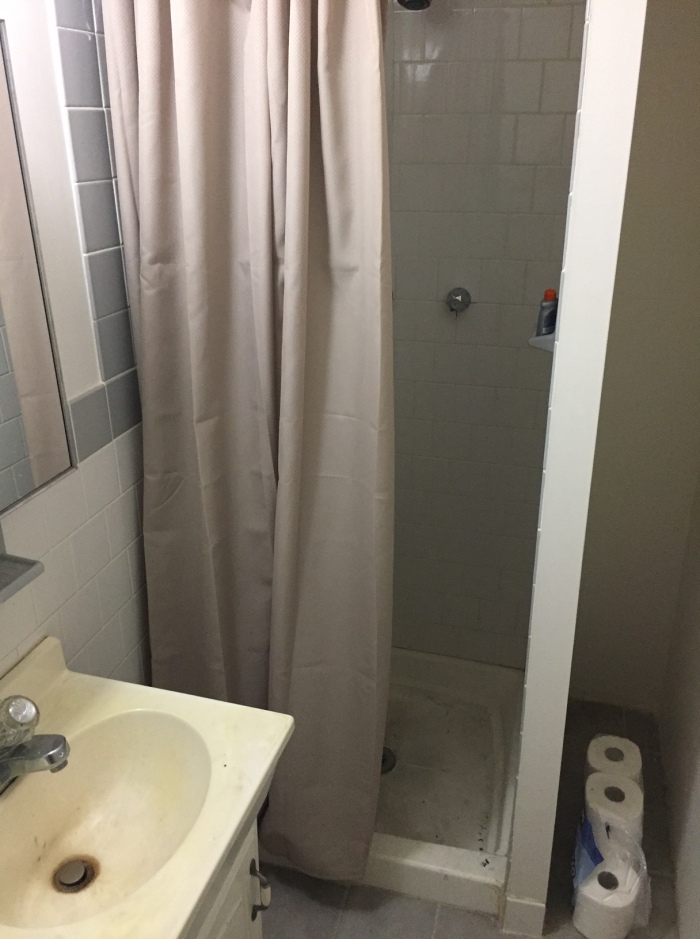 We’re also finally exposing some of the good character of the house. In the basement, we’re uncovering one of the brick walls. We didn’t know the shape we’d see, but the brick looks to be in good shape and after a cleanup, will be an awesome new feature in the basement.

We’ll have lots more updates soon, as our crew keep plowing through. In the meantime, I’l be sweeping up dust.

4 thoughts on “Day 1: Gutting the Basement”