There are just a couple of items left to wrap up the basement, so we can finally, hopefully, ideally, stop existing in just one room of our house. 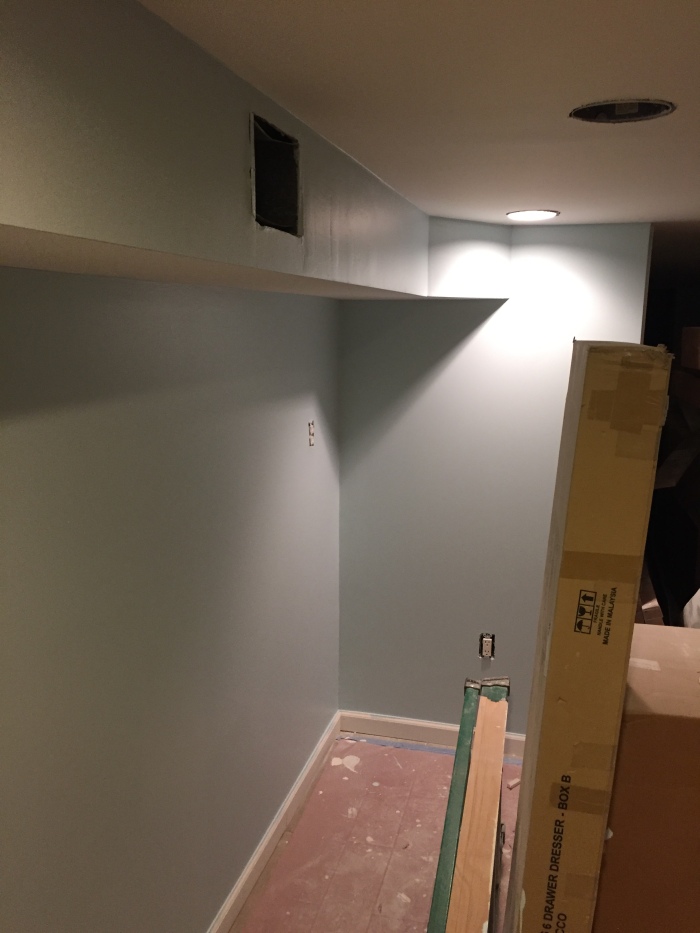 Each time I look at the basement, I can’t help but to think about what it was before we started the renovations. Getting rid of the green carpet and bringing in lighter colors makes the space seem so much bigger and cleaner (even though everything is still covered in dust).

A real life-changing event happened this weekend, as we were able to do laundry. As much as we both despise the chore, having not been able to do it for two months has gotten a bit, er, tricky. 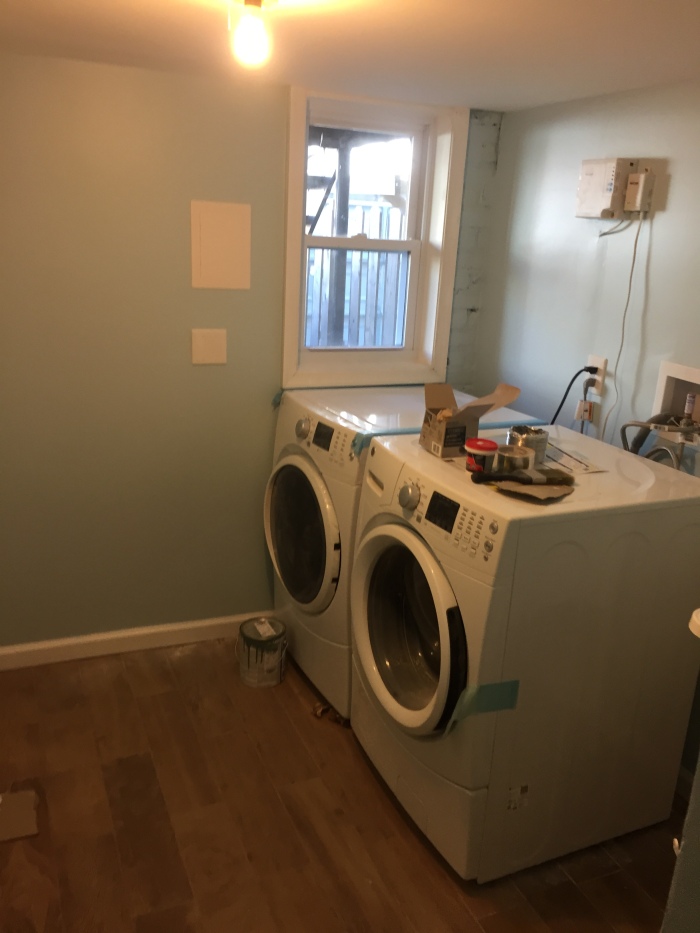 One area of the basement that’s been relatively untouched is the front room that is under our porch. Since it’s not insulated or heated, we left it as our tool room, but needed to get a new door in to keep drafts out.

A new door is temporarily there, but we’ll soon be replacing it with an exterior door with glass to bring in as much light as possible.

On the same page, when we were doing demolition, we found an original lead glass window hidden underneath drywall. To help get even more light into the basement, we’re going to be replacing it with a new window that’s more efficient. We’re awaiting the window, but even just having the gap now makes the space feel a lot more open. 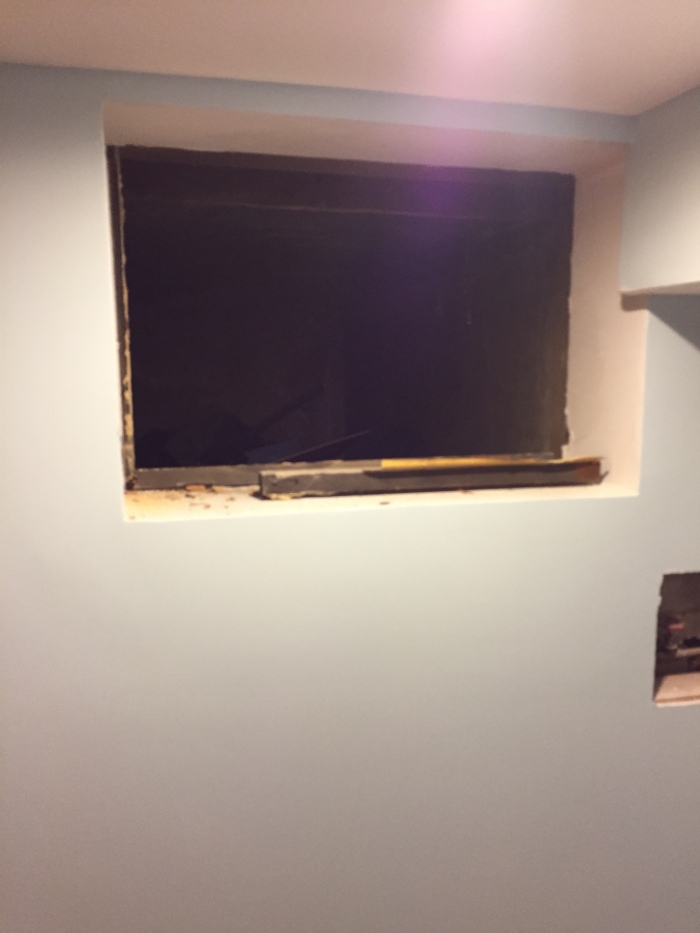 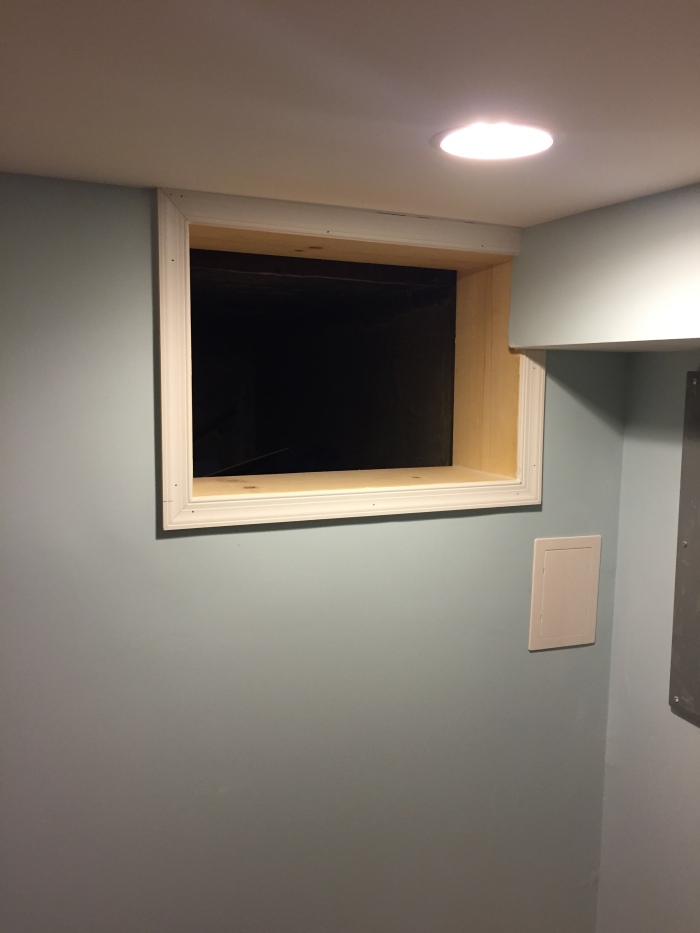 Another “fun” part about the house is that our gas meter is chilling in the basement, instead of being outside. We had hoped we could get the gas company to move it, alas, they wanted thousands of dollars to do that, so we decided to live with it. We build a door for the box to close it off and it’ll do just fine.

Another custom enclosure we had to have made was for the closet underneath the stairs. Like with the gas meter box, the previous owner had hidden them by hanging up some mini blinds. That wasn’t going to fly any longer. 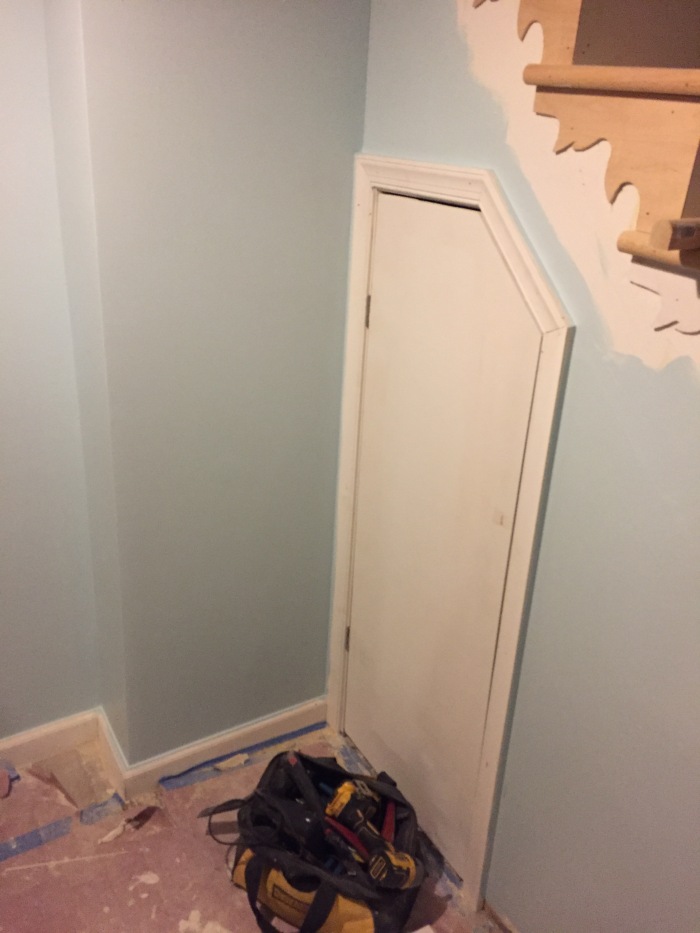 The last big reveal from the basement for now is the railing. When we moved in, there wasn’t a railing going to the basement, which never seemed safe (or to code) so that’s now taken care of too.

One of the contractors decided making some weird luan stenciled flame-looking things would be cool. We disagreed so that’s in the process of coming down, but you can still see the remnants.

The stairs should be stained and coated this week, then we can finally start using the space again.

2 thoughts on “Paint in the basement, plus a new staircase!”